Try the diagnostics below to solve the problem before contacting us. It is simple and much quicker. If you do contact us, try to email rather than phone. Our phone is answered by an agency. It is quicker to email: info@Agri-Broadband.co.uk.

Cannot connect to the internet at all?

Cannot connect at all 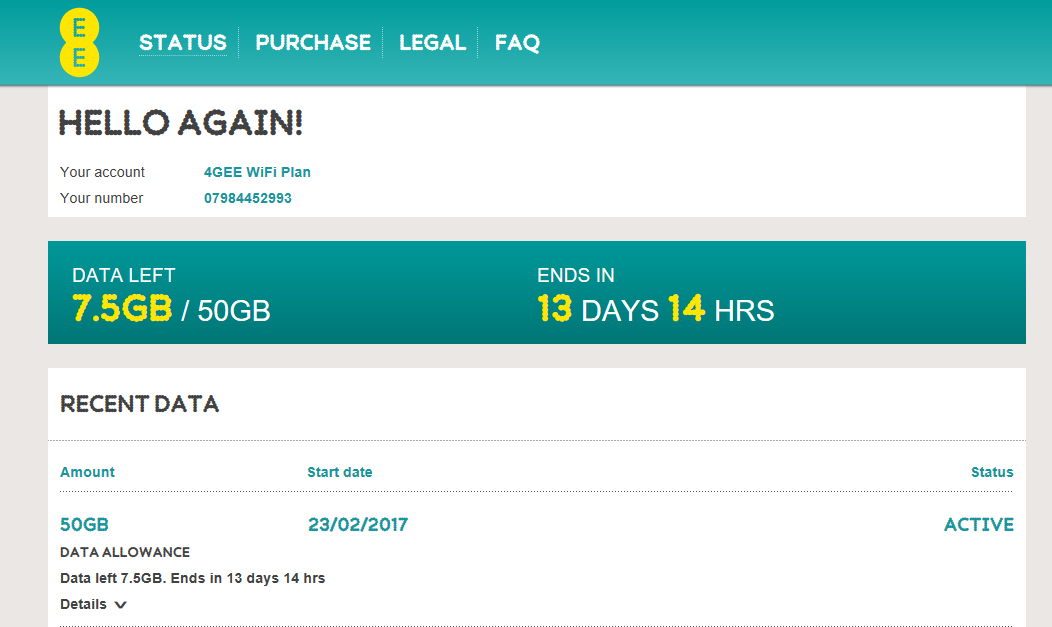 2. Is the router/receiver definitely switched on and plugged in? Are some of the green lights on the back illuminated. If not, check connections.

3. What are the lights telling us?

Top left "1" is power supply. If this is not lit, there is no power getting to the unit. Check connections.

Second from top left "A" should be lit. This indicates that the SIM card is in place and functioning. If it is not lit, check SIM card has not become loose and is not damaged.

"HIGH" and "LOW" indicate mobile network quality. HIGH is good. LOW will give some internet connection but possibly slow or with disconnections or both. If neither HIGH nor LOW are lit, mobile signal is not available. Check aerial connections. Get hold of a mobile phone using the same network as your data SIM to see it is a general signal breakdown.

If it is a general signal breakdown, it will probably be temporary but please direct your enquiries or complaints to the network provider. 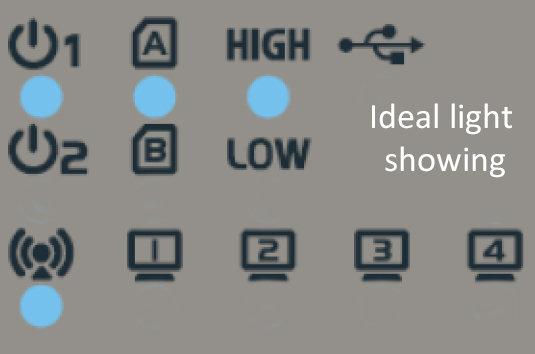 Stand near-ish to the router/receiver with a tablet or laptop and engage the WiFi which will be called "Agri-Broadband" or "Guest" unless you have changed it. Unless you have set one, there is no password.

On the left side, log in. The default password is "admin". If a user name is requested, the default is also "admin". 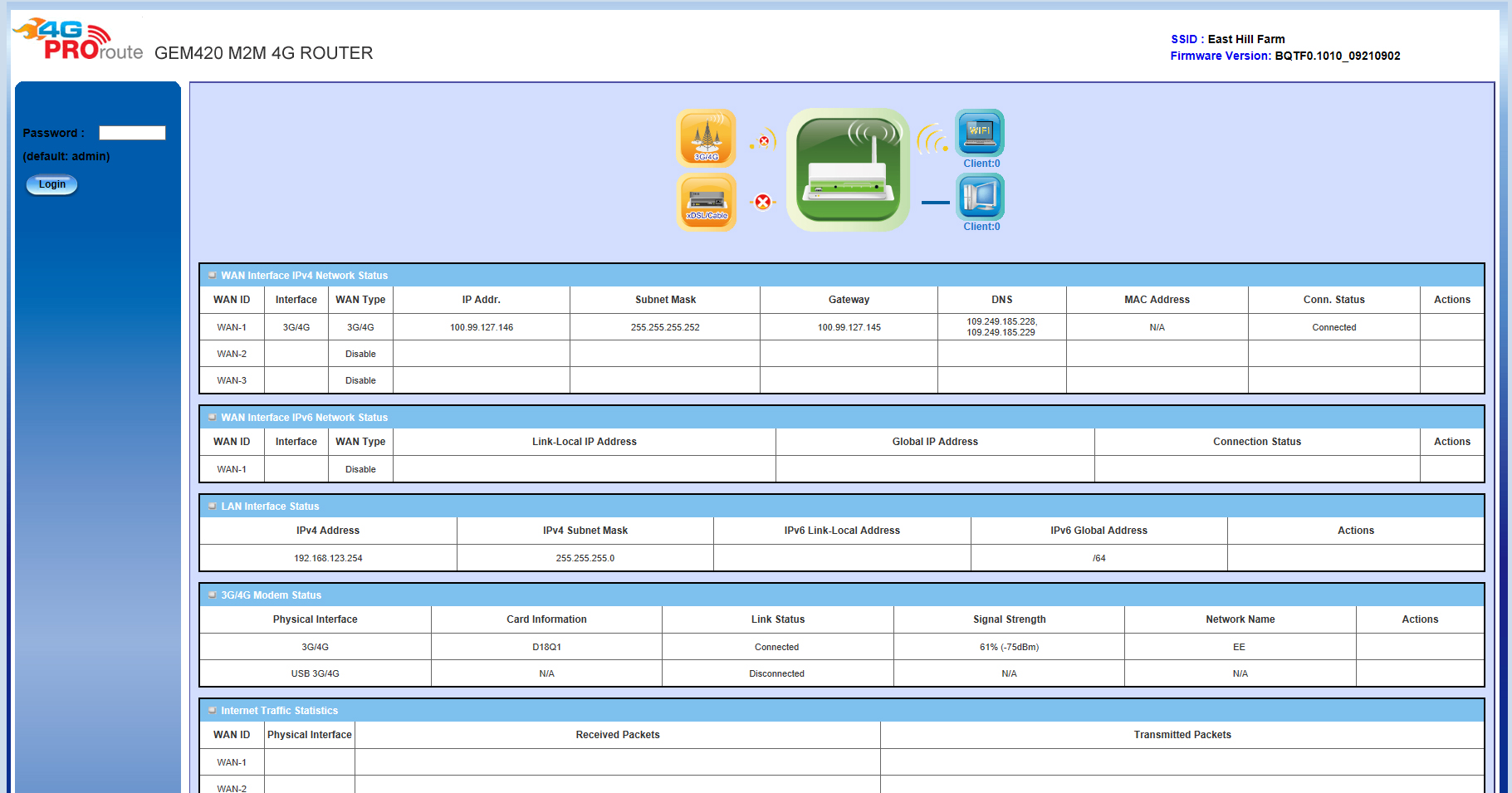 The screen will change. Look for the areas circled in red.

Click on "Logout" at the top right hand corner and close the window.

Engage the router/receiver directly. Position yourself near it and engage its own WiFi (Agri-Broadband, Guest or sometimes GEM420).

Use the test site provided free by Which? Magazine. Click HERE.

Use the same device each time you test.

Make sure all other internet activity is stopped (Spotify etc.).

Undertake tests first thing in the morning, middle of the day, early evening and last thing at night.

Average speeds above 10Mb/s are good and should suffice to bring you into the 21st century.

If your speeds are below 10Mb/s email us and we will see if we can suggest improvements. Click HERE to email.

Speeds vary as other people drawing from the same transmitter require data.

We define our role as connecting you to a fast source of broadband. Issues beyond our not our territory but we are happy to offer advice.

The best way to get WiFi and Ethernet broadband around any property is to use "WiFi extenders". These cunning devices feed broadband signal into your property's mains electric circuit and use it to distribute broadband to "satellite" units at locations of your choice. As long as you are on the same ring main (i.e. same meter), you can extend anywhere - sheds, garages, summer houses, offices.

We suggest two brands, Devolo and TP Link. They both come with clear instructions and provide good telephone support. 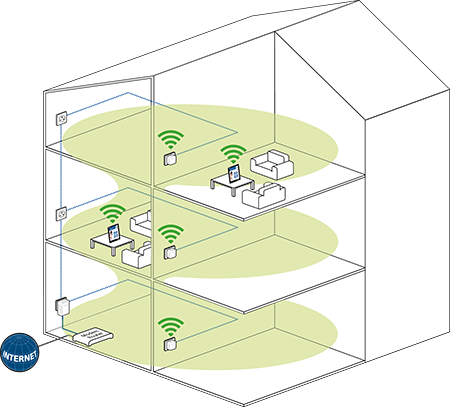 If you have set your own password for WiFi and cannot remember it, you will need to re-set the router/receiver to factory settings.

With the router/receiver switched on, insert a narrow shaft (e.g. straightened paperclip) through the hole in the rear of the unit labelled "Reset". You will feel a micro switch click. Hold switch down for more than 10 seconds. The green lights will flash.

When the router/receiver has gone through its start up procedure (2-5 minutes), it will broadcast two WiFi channels - "GEM420" and "GUEST". Both have no password.